YouTube Killing Off Email Notifications – Here’s Why This Sucks

Google’s YouTube video platform recently announced that they are shutting down email notifications service for users who subscribed to receive notifications about new uploaded videos from YouTube Creators (that a user is subscribed to). This initially created a confusion among users and creators, because it was perceived that ALL emails are going away, as demonstrated in this discussion here. 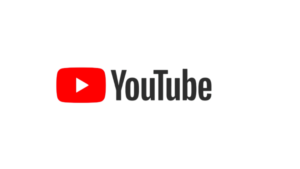 That means that users who post comments on other users (“owners”) videos will no longer get notified about new replies, unless they log-in and check notification bell icon or opt-in for YouTube in-app push notifications on their mobile devices (tablets, phones, laptops). This move is so wrong on so many levels – here’s a brief explanation why.

That, thankfully, turned out NOT to be true, as you’ll find out in the rest of this article. However, there is something going on with emails, since they are sometimes (or for some users, at least) not working as they used to be.

YouTube To Kill Off Email Notifications – Here’s Why This Sucks

It’s been years since YouTube stopped sending “Congratulations” emails on each new video upload. In a recent month or so, we’ve also noticed a new puzzling trend. A user asks a question on our channel’s video, we post a follow-up answer with a new question, and we never hear back again from the same user. Granted, it does not happen with the users who are active on the platform (website, smart tv and/or mobile app), but it sure is a great indicator that something wrong is going on under the hood.

Now, is this because of a new trend or simple user negligence? It seems that YouTube still sends email notifications about new comments, but only if user is not active on the platform. If it detects user activity (‘presence’), emails won’t be send. At least, we noticed/think so.

New notification system exclusive to the platform itself is a limited one. As if it is completely disconnected from the network, and unless you visit the platform back and know where to look, you’ll miss a lot of fan. Granted, push notifications can replace emails up to a point, but it is not exactly the same.

Bell notification badges are another layer of abstraction. Particularly, this is problematic to elderly more traditional users, who don’t fancy this new system at all. And, there’s a possibility many users block notifications both on an application or operating system level, to keep their piece of mind in check. There might be the problem – how the user can be notified, if everything except good old email is turned off?

IS THERE A SOLUTION?

Email might be considered a relic of the modern web technology, but it is still essential service in our opinion. And it has a documentary value. Next internet generations are more proactive, but not all of them. It is wrong to assume that assumption as a “fact”.

Email is rather something we would likely have and not need it, that need it and not receiving!