Microsoft announced back in late June a new major revision of their famous desktop operating system dubbed Windows 11 with some really cool and exciting features! 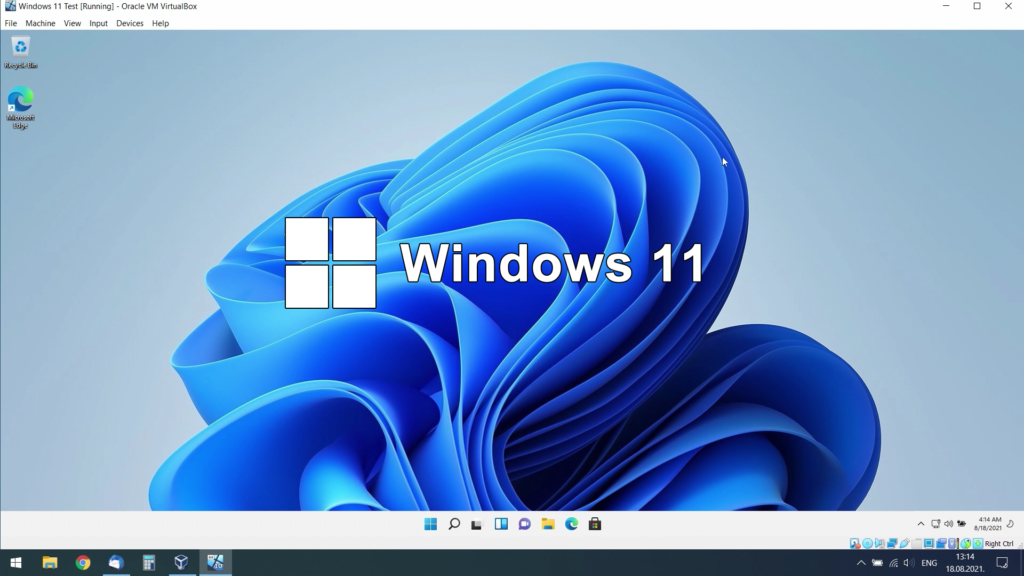 All right, let’s cut the crap and be perfectly honest with you: it doesn’t bring absolutely anything groundbreaking, new and exciting so far, unless the cloned (read: stolen) centered docker from macOS (and some Linux distros desktop environments), almost all-white theme with rounded buttons (Windows XP strikes back?) and web design 101 from 2010s (of course, with more polished and simplified design), some really (like really) weird Windows Explorer icons / color scheme with dumbed down toolbar, and, naturally, even more sponsored apps and content is your thing.

Oh, and let’s not forget artificially boosted hardware requirements to (hopefully) promote ever declining PC sales. Microsoft once again comes as a savior, or, at least, tries hard.

Another thing to watch out for is Windows Virtualization-Based Security (VBS) feature introduced way back in Windows 10 as an optional security measure that Microsoft reportedly now plans to enable by default in pre-built PCs in the future equipped with Windows 11. VBS creates virtual environment for applications keeping them isolated from the core operating system. The downside? Up to 28% drop in gaming and graphics-intense applications with no other hardware, software or Windows OS option changed! With GPU prices going crazy past year, downgrading PC performance running Windows 11 almost by a third is absolutely outrageous. That hurts. That will hurt your wallet, actually, unless you disable it.

VBS sounds very interesting for businesses (unless they are in gaming industry) and government departments, Microsoft will meet U.S.’s Department of Defense (DoD) demands for elevated security measures with this feature enabled, but for the most ordinary home users, gamers and 3D designers this will suck big time.

AMD says that Windows 11 bug reduces its modern Ryzen CPUs performance up to 15%, and their engineers are already working together with Microsoft to fix those bugs and improve performance.

Is this enough for a major revision? Hardly. No, it’s not!

Anyway, some members of Windows Insider program leaked ISO images of early “beta” version, which later Microsoft officials confirmed as legit. It’s not hard to google download links, so we won’t repost them here, but what we’ll show you is how to easily install it on an existing Windows 10 computers, assuming their physical hardware meets the minimum system requirements.

As a rule of thumb, all laptop and desktop computers manufactured in the past 4-5 years, assuming they support TPM 2.0 version, should be capable of running Windows 11. Older computers might not be so lucky, namely because TPM usually comes as a built-in chip on the motherboard. Some hackers might eventually release patched OS versions running with virtualized TPM module, but let’s not get into that area for now…

Good news for sys admins and alike is that everything is almost exactly the same under the hood as in Windows 10. And, yes, there are some portions of Windows 7 still in it, like a good old Control Panel app. Because, Windows 11 in its current form is just a Windows 10 with a make-up.

Of course, it is definitely early to criticize Microsoft with their latest iteration of Windows OS, and we’re sure that many changes and improvements will come in the next year or two. Just remember how Windows 10 looked at the beginning compared to today’s versions — there were bugs and some confusing stuff around, but with many fixes, improvements and adjustments that came later, combined with gradual habituation and acceptance of the new product, once again resulted in a worldwide hit that reassured total domination of the “good old Windows”.

Perfection doesn’t come in a single huge package, but within small, incremental changes over time.