FreeFileSync – How To Setup Real-Time Folder Sync In Background on Windows?

FreeFileSync is an awesome freeware tool for files and folders synchronization and backup. It has a lot of premium-like features (but for free!) that no other freeware tool on the market can match today, and it even outmatches many premium backup & sync tools out there.

However, one of the most overlooked (or least understood) feature of this absolute must have for sys admins and advanced home users is — real-time synchronization. How does it work? How do you setup real-time folders sync with FreeFileSync? 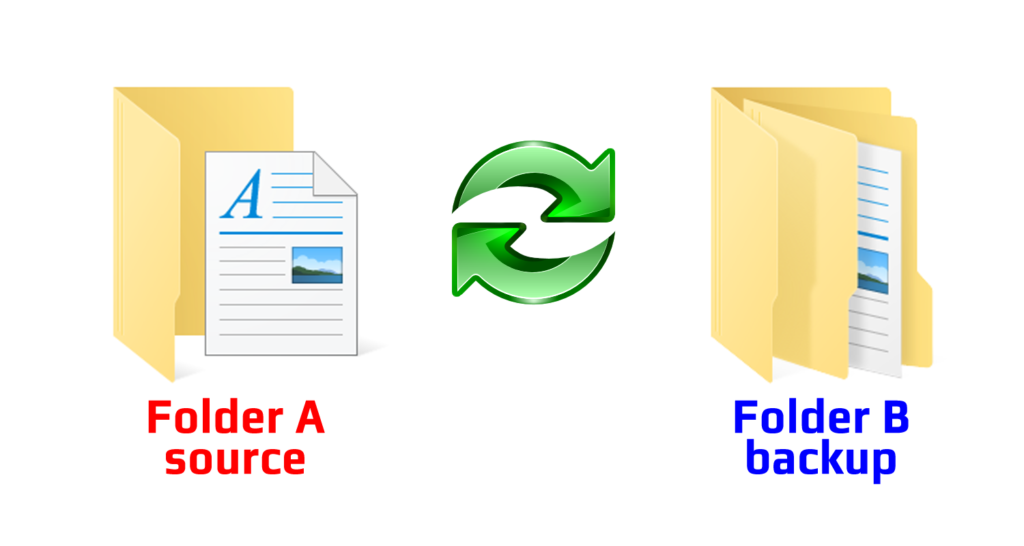 In this tutorial we’ll show you how to utilize real time sync / backup on Windows 10 operating system in just a few relatively simple steps. It will look extremely complicated and convoluted, but once you go through, it’ll become a routine task to set up later.

FreeFileSync has a little bit convoluted procedure for creating real-time synchronization between folders,
but first let’s learn one important thing which will help us better understand and go throughout the tutorial later.

All 3 extensions have different use cases.

Of course, *.ffs_gui is straightforward to explain: it is simply a settings file of all the options you set in the main program (app) windows with graphical user interface (hence, _gui part), containing folder pairs, sync modes, exclusion list etc. In another words, this is simply a backup file of main program configuration.

All 3 above files are actually XML file types, so if you understand basic XML or HTML structure, you can open them with Notepad++ or similar code editor and examine their “secret” content!

FreeFileSync – How To Setup Real-Time Folder Sync In Background

You will have 2 shortcuts on your desktop: FreeFileSync (green arrows icon) and RealTimeSync (red arrows icon).

Do not run RealTimeSync.exe yet, especially if you are a beginner, there’s a much easier workaround to configure it!

Look for the last diskette icon with dark square and CMD (command line) cursor and green arrow symbol overlay in the upper left corner for Save as a batch file command:

FreeFileSync – Save Sync Job As A Batch File

You can select optional checkboxes to run batch job minimized (recommended), ignore errors (nope!) and shut down or put computer into sleep when done (we don’t want this either).

Now, every time your PC starts / boots it will automatically register a real-time syncing service.