Three years ago we wrote an article about awesome free video repair tool which can be used to recover damaged drone and action camera video footage, corrupted videos from your mobile phone, tablet or digital camera. However, the major drawback of that tool is the fact that, despite being completely free, it’s a command-line based app. In another words, it’s not user friendly with GUI (Graphical User Interface) most Windows users are accustomed to, despite being one of the best free video recovery tools available, even today! 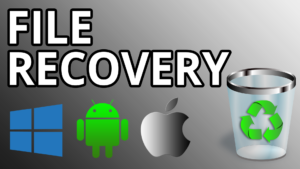 When you end up with a damaged video file recovered from an accidental delete operation or corrupted recording process as explained before, once you copy it onto your PC computer running Windows, Linux or Mac OS, it is very likely that it is non-playable at this stage because of a damaged header section that the file is missing. Now it’s time to try below method in order to make it playable again.

There are several very popular commercial (non-free) video repair tools available on the market, but they cost some serious money. With the global pandemic and wobbly economy currently going on, finding something useful and free that can rival commercial software sounds like an ancient fairy tale. But, it’s real!

Anthon Lockwood released great video repair tool on GitHub available here, which supports both Windows 32-bit and 64-bit editions, and naturally works on Windows 10 operating system. It also natively runs on Linux and Docker, and most likely can be used on Mac OS with some installation trickery (however, our focus is on Windows versions exclusively).

Untrunc officially supports GoPro and Sony XAVC video formats, but we managed to repair many videos from different sources, including screen recordings from Screen Recorder Pro for Windows 10 app.

There aren’t many fancy options and parameters available. In just a few clicks Untrunc can get your non-playable video back! It is that easy, despite this sounding like a bad advertisement. Granted, it was made with ease of use and simplicity in mind, taking away all the guesswork and complicated stuff (like custom switches) of the good old command line interface. However, Untrunc is also available as a CLI tool for those who still need or wish to use it that way.

Regarding a success rate of broken video files repair attempts, in short – it depends.

We’ve introduced several artificial (emulated) corruption bits in the video data streams from various sources (Drone footage, Android and iPhone movies, Windows 10 Screen Capture recordings), both into opening and closing headers, which made it completely unplayable in all popular media players (yes, including famous VLC Player). From our experience, H.264 / H.265 encoded videos are very sensitive to even miniscule errors, particularly in the headers section.

Untrunc successfully repaired the video and made it playable again, using a good video file as a reference, however, in some cases audio portion could not be recovered, no matter what! This was also the case with older recover_mp4.exe tool we’ve used for cross-comparison.

Another observation was the fact that the first couple of seconds in the recovered video files were completely black dark frames (see above YouTube video), which recover_mp4 tool successfully recovered without any artifacts.

This means that in some cases it is better to use an older command-line tool, because it has a very strong recovery capability. But, it asks from you to master a command line, which isn’t all that hard following this video tutorial.