Posted on August 25, 2017   12 Comments
Update: ES File Explorer app was removed from Google Play Store in 2019. You may try several free alternatives as a replacement.

Why we wrote this article in the first place? ES File Explorer app was the initial trigger that crossed the line and made it all happen. However, later, we realized it is not the only app out there that uses annoying tactics to drive more usage and ads revenue. Many freemium games are, in fact, much more common.

Some games for Android spam you on a daily basis, and some of them even every hour or two with example reminders:

However, there is NO OPTION TO TURN IT OFF in game’s options/settings!!! 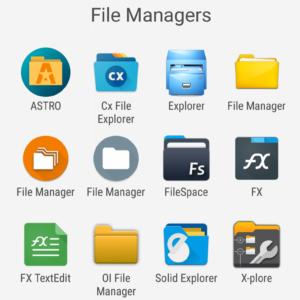 ES File Explorer was once THE BEST file manager for Android world, but last 2 years it went on a commercial path, interleaved with compromises, such as additional funding through ads and payed embedded promotional content. 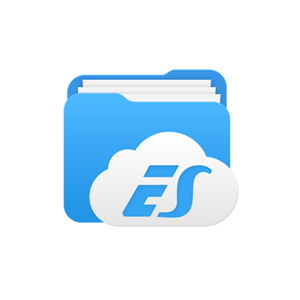 Here are couple of notification variants you may receive:

And guess what all you have to do to cool it down? Well, not closing your phone/tablet game or camera app, that’s for sure. No. Instead, according to this warning message, you just need to click on the “cooling” button and… bam! Your phone will be released from hardware pain. Laws of physics do not agree with this at all.

Oh, and once you open that notification (like a true sucker!), you will receive yet another annoying ad banner that you can click on to support developers of this very nice and useful feature. Not!

Your phone/tablet/whatever device IS SUPPOSED to get hot under heavy use! It’s normal. If it really gets too warm, internal hardware monitoring will automatically shut it down. You don’t really need another app to keep this “problem” at bay. Android already does this for you!

And what about real overheating problems — e.g. caused by high CPU usage, malfunctioning main board or battery? This warning may trick you into thinking that something seriously wrong is happening to your brand new device!

If you really depend on ES File Explorer (like we do), but you find advertisements annoying, you should go with the PRO version (since it is ad-free*). And we hardly can see why you shouldn’t, because despite all of the above mentioned trade-offs, it still offers some really nice features:

It is impossible to find another app on Play Store that combines all of these features in one super-app package for free. Period.

Still, this is considered as an unfair marketing practice.
There is a boundary no one should cross.

HOW TO FIX THIS ANNOYING NOTIFICATIONS?

Ever since Android 4.3 if you wish to find out source app of the notification, just touch and hold onto it for a second and it will reveal you which app is causing it.

Fake warnings and advertising content will be gone from notification area forever! You can repeat this procedure for any app that hijacks your notifications (for example, Shazam’s annoying reminder notification about last recognized song, Shopping apps with various sales promotions, Games reminders and so on).

You can use a firewall app to limit ES File Explorer’s (or any other app) “spying” activity, for example, NoRoot Firewall is excellent ad-free app! There are few others equally good, each offering some unique features, so better try them all and see which one is best in your workflow.

Above is one combined screenshot from NoRoot Firewall, where you can see how many frequent requests (aka “phoning home”) ES File Explorer makes during start-up and ordinary use. Now, we don’t know what kind of traffic that is, besides usage stats, those are probably ad-serving networks from which ESFE pulls external embedded content, banners and promotions.

You can block all that with firewall app. Of course, without root access, firewalls will use less attractive bogus VPN connection, which may interfere with some other apps functionality or create short glitches (e.g. ERR_NETWORK_CHANGED in Chrome App), but this is usually harmless.

This is the final line and we are an inch close to go with PRO version or uninstall ES File Explorer forever. Thing is, it’s just too powerful app with so many tools useful for developers and advanced users on one end and absurd ad-campaign on the other. You need several apps to effectively replace it and lose convenience (e.g. avoid sharing things between apps) which may come under own set of ads or paywall limits.

The line was finally crossed.